One of the best ways to reconnect with friends living far away is to have a “destination reunion”. For the past couple of decades, I have been meeting my longtime pal Lisa in Paris for a gal’s getaway (she is based in the UK and I am in the US), however this summer we found a new floating reunion spot aboard the Viking River Cruise Longship Heimdal. Our seven-night Portraits of Southern France cruise painted the perfect picture for lasting memories.

Heimdal is named after the mythical tall and handsome Norse guardian of the gods. No wonder we felt well cared-for and were awed by its great looks and sense of style. We boarded the ship for an eight-day sail along the Saône and Rhône Rivers with high expectations that were soon exceeded.

After the initial greetings and hugs were over we went to our stateroom to unpack. Pleasant surprise number one was that we each had our own set of chest of drawers, plenty of hanging space in the closet and our suitcases fit neatly under the twin beds eliminating clutter. Surprise number two was the generously sized bathroom with a walk-in shower and ample storage space for the bounty of beauty and hair products we over-packed. Our veranda was a cozy spot for tasty cocktails and photographing the host of pretty villages we passed while underway.

Now familiar with the vessel, it was time to rendezvous with the ship’s activity director, Patricia to get to the nitty-gritty of the upcoming activities and tailor our schedule to ensure we hit the sightseeing highlights but left enough time for us to shop (she is shoe-obsessed and I am slightly purse possessed) for one of a kind gifts. Of course, a little downtime spent with glasses of local Burgundy in hand, en Plein air, was also in order. 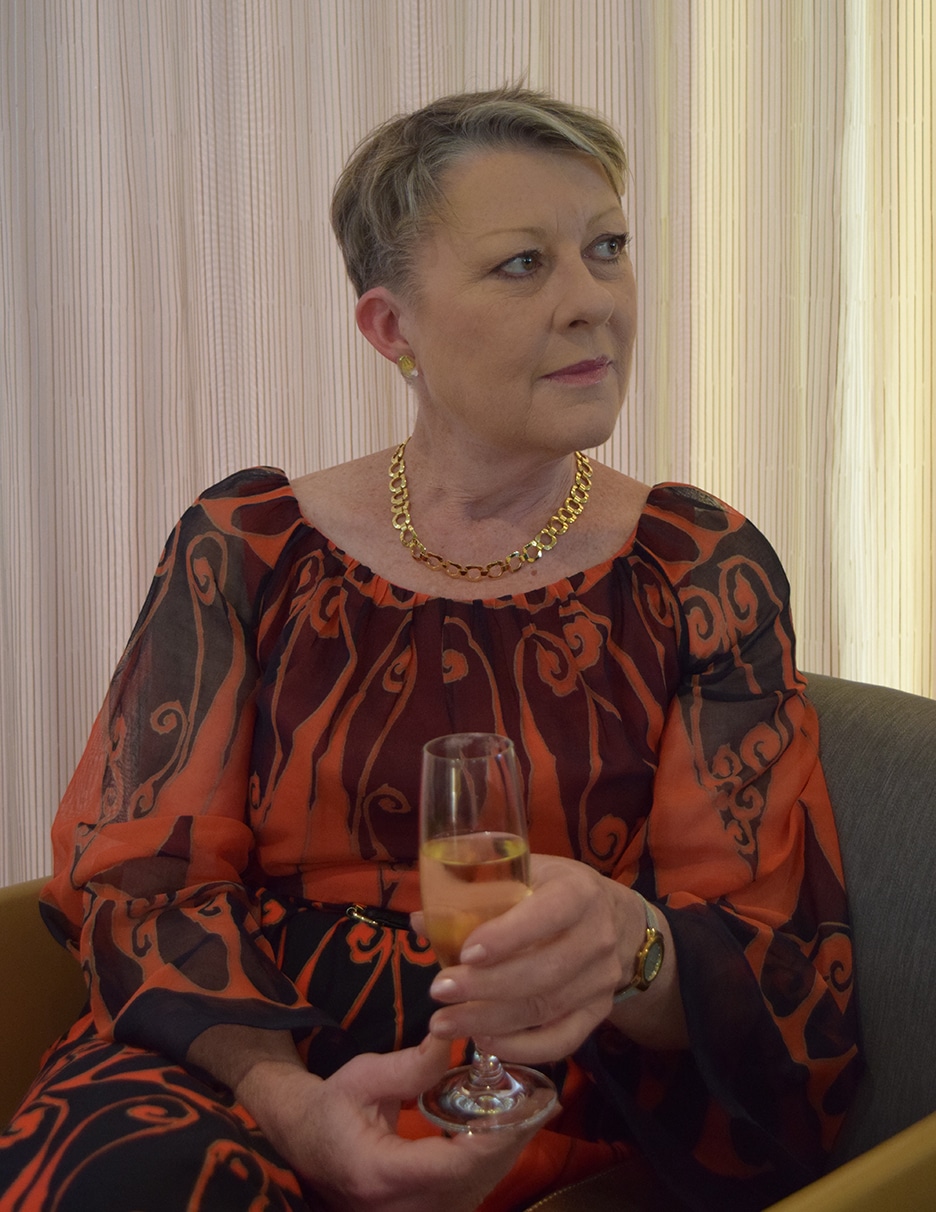 Initially apprehensive, we were delighted to know that Viking offers alternative tours for those who need a little extra time to get around without compromising those of us wanting a more rigorous pace. Which brings me to the best surprise of all on this cruise. At fifty and fifty-four years old, we were NOT the youngest on the cruise. There was a terrific mix of ages due to multigenerational family travel, honeymooners, anniversary celebrants, and other women hosting their own girl’s getaway trips. Disco night in Avignon on the Aquavit Terrace was a blast with every age group dancing the night away under the stars.

Most of our days were filled with walking tours amongst the Roman ruins in ancient cities like Vienne and Arles, touring historic sights like the Papal Palace in Avignon, and sampling wine in the caves of famous winemakers in the Provence and Burgundy regions.

It is no wonder Vincent van Gogh fell in love with southern France and the town of Arles. We visited Le Café La Nuit’s famous sunflower yellow terrace that was the inspiration for van Gogh’s painting Le Café Le Soir. 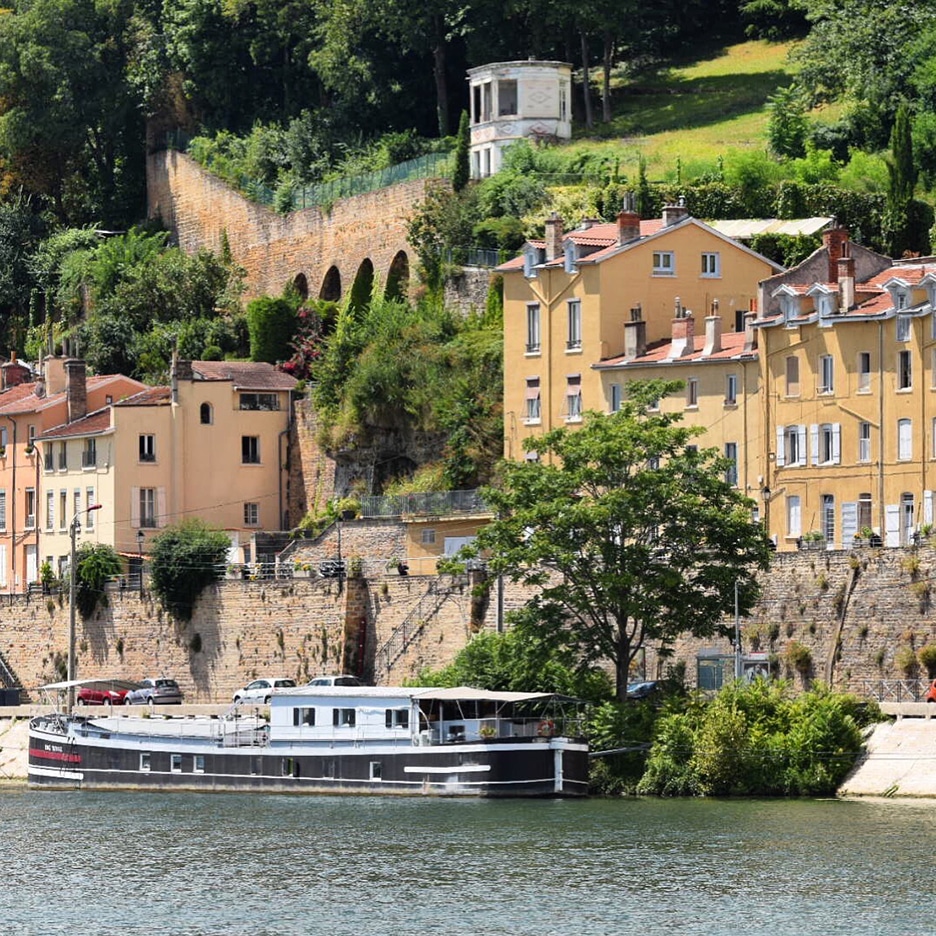 Provence village we passed while cruising on Viking Heimdal

It is no wonder Vincent van Gogh fell in love with southern France and the town of Arles. We visited Le Café La Nuit’s famous sunflower yellow terrace that was the inspiration for van Gogh’s painting Le Café Le Soir.

Provence village we passed while cruising on Viking HeimdalWe opted for a private cooking class in Lyon, a UNESCO World Heritage city, where we learned to make classic French choux pastry. Another time we took part in a walking tour of the ancient city of Beaune where we marveled at the 15th-century Hôtel –Dieu (hospital for the poor) with its Flemish design and colorful glazed-tile roof. We pre-arranged to deviate from the program to explore on our own, meeting back with the guide at the end of the day. We appreciated the flexibility and customization of our days to suit our needs.

Each evening the Heimdal crew hosted a happy hour in the lounge featuring local wines and creative appetizers created by the chef. During this social time, we were briefed on upcoming activities and tours while making new friends. Cultural events also took place in the early evenings and we especially enjoyed the talk about the history of scarves in Lyon that was once a silk and fabric powerhouse. Exquisite designs from L’Atelier de Soierie proved irresistible. Silk ties for the men in our lives and pretty patterned scarves made for perfect souvenirs. 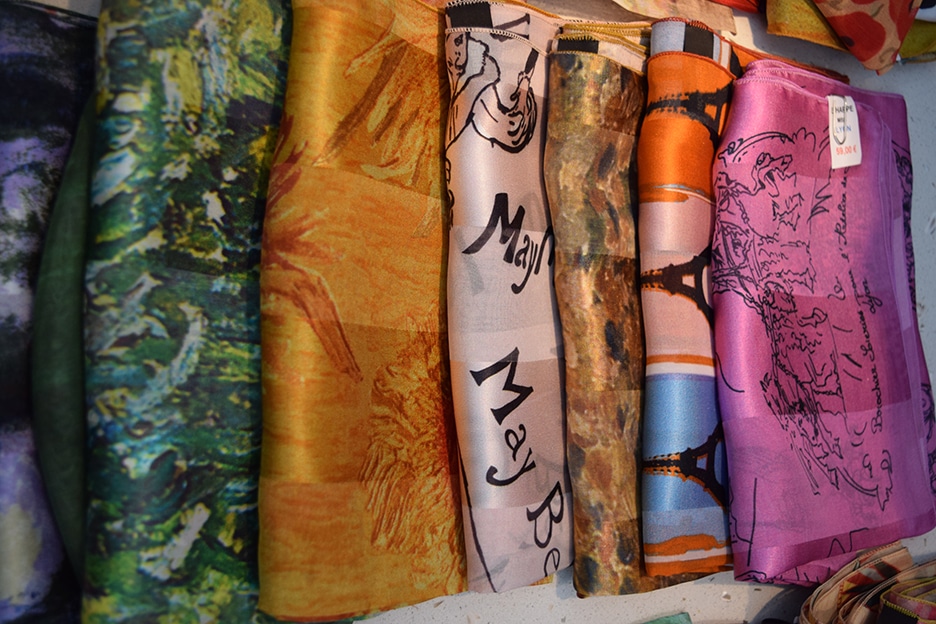 Rich silk scarves sold aboard Viking Heimdal after the lecture

Dinners in the elegant restaurant were a more formal affair, yet not black tie. Most men wore jackets sans ties and ladies were in cocktail attire.  There was always the alternative, more casual dining spot on the Aquavit Terrace. Either way, the meals were special due to the chef preparing gourmet cuisine made with fresh, local ingredients wherever possible and the exceptional service. Expect regional French dishes as the ship moves along the chartered course, but know that comfort foods from home are also available at every meal. The pastry chefs excel at incorporating fresh fruits and spices into their decadent desserts. The attention to detail by the restaurant manager, sommelier, and waiters meant that each meal was relaxing and memorable for the stimulating conversation around the table – unsurprisingly, often about the amazing food and wine. 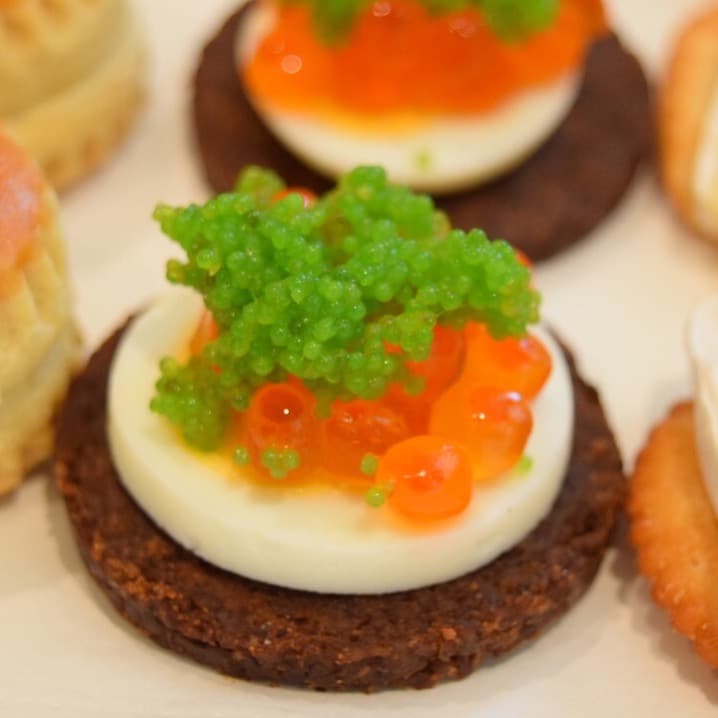 During the summer months, cruising on the rivers in France has an added bonus. It remains light out long after the last morsel of chocolate fondant is consumed. We enjoyed lounging on the upper deck while the sun set behind quaint village backdrops that created a palette of the most glorious colors reflected onto the water below.

After leaving richer for the cultural, culinary, and personal experiences, we decided that the best way to explore the art of cruising along the Saône and Rhône rivers is to travel with good friends and let Viking paint you a masterpiece Portrait of Southern France one port at a time.

Outside Paris – Shopping Guide to Dijon

Outside Paris – Shopping Guide to Dijon

A Getaway to Paris

Cortina, Italy: Fashion, Food and Fun in the...

I have been searching something about that for quite a long time.

Priscilla Pilon began her career as an international food and travel writer when she lived and worked abroad.  A true travel chameleon, she can find herself skiing in the French Alps one day and snorkeling in the British Virgin Islands the next. Read More....